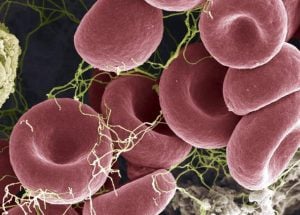 Vitamin K is found in three different forms, fat-soluble vitamin K1, intestinal microbial activity produces K2 and synthetic water soluble K3. Though vitamin K can be found in the food sources, the main supply is the intestinal activity of microbes.

The inherited VKCFD is due to the mutations in the gene GGCX or the VKOR. The disorders that can create the deficiency are liver disease, bowel disorder, malabsorption and certain medications. The others include hemorrhagic disease of the newborn, decreased vitamin K production by intestinal microbes and imbalanced diet.

Liver disease can result in reduced bile salt synthesis leading to impaired absorption of vitamin K causing the deficiency. Also, the intestinal disease can create lipid malabsorption where the vitamin K is not absorbed properly. As most of the clotting factors are processed in the liver, any disorder of the liver can result in defects of blood clotting.

Generally, the symptoms are mild varying from one individual to another. Severe bleeding can occur in people with severe deficiency. The symptoms are related to different cases of bleeding episodes such as bleeding from the umbilical cord stump at birth, bleeding in the muscles, soft tissues, and excessive bleeding after surgery.

VKCFD is usually diagnosed by different blood tests to identify the low-level activity of vitamin K-dependent coagulation and anticoagulant proteins. The treatment options may include factor concentrates, prothrombin complex concentrate (PCC), fresh frozen plasma, platelet transfusions and vitamin K. Factor concentrates is a safe treatment for rare bleeding disorders and usually developed from human plasma treated to eliminate the viruses. Prothrombin complex concentrate (PCC) is also from human plasma and consists of different clotting factors. Fresh frozen plasma is part of the blood that contains all the clotting factors and blood proteins. Platelets are responsible for the creation of blood clots and repairing damaged blood vessels. Vitamin K treatment can assist in controlling the symptoms associated with inherited combined deficiency of the vitamin K-dependent clotting factors.